There are writers conventions, salons, workshops, retreats, and meetups throughout the country. I have been to many, but few have I enjoyed as much as last weekend’s  Orlando Indie Bookfest 2015. Most of the activity -panels, signing, authors, bloggers – were the same as other events. The chief difference was the camaraderie. 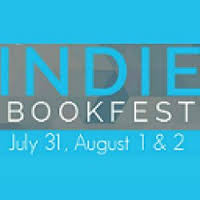 I spent time with an earnest crowd of more than 100 authors, fans and bloggers who were as anxious to meet and encourage solid acquaintances as well as nurture newbies in the nuance of their crafts. One thing is certain, if you already are, or want to be a serious author, the road is open. The publishing industry has undergone a paradigm shift. E-books have revolutionized where an author can reach. The rest depends on desire, talent and organization. You could feel the warmth and good spirits in the sessions where candor was key in shaping an atmosphere where those new to authorship could find a leg up, and old guys like me, who have published in traditional houses could find a a boat load of information and encouragement to reinvent.

Orlando hosted similar events in 2013 and 2014, so IBF 2015 co-convener Tawdra Kandle, who writes Paranormal, New Adult and Contemporary Romance, said she and partner, blogger and Urban Fantasy and Contemporary Romance author Mandie Stevens were not new to the idea. At the same time, they had no concept the biggest challenge was going to be time.

Between February and the opening July 30 session, Kandle and Stevens pulled together a tightly dedicated crew of helpers that included their pre-teen and teen-aged children to organize authors,speakers and activities, as well as the nuts and bolts of a three-day event at the upscale Caribe Royale Resort Hotel and Convention Center about two miles from Disney World.
“We really had to scramble,” Tawdra said. I saw proof of that in Mandie and her during the three days. They were on the move, and seemed to have skills at
“herding cats.”
“Organizing an event like this while also being a prolific romance writer, attending other events and releasing books  was a challenge, said Tawdra, who released three titles during the build up to the convention. “I didn’t sleep much.”
Beyond that, they found that those who were used to past IBF conventions were a hard sell. Most of them were skeptical of the newcomers. As might be expected, comments such as, “But we’ve always done it this way,”  were tossed. Others wanted to know why Kandle and Stevens made certain decisions. “Mandie and I tried to explain our rationale at every step,” she said. “Eventually, everyone seemed to understand!”
As she gave further explanation I began to understand that the optimism was warranted. Tawdra said the target audience – authors, bloggers and readers – were “genuinely excited,” was a surprise. In her words, “The enthusiasm was contagious.”
More surprises:

I can attest to that, too. I called the award-winning prolific author a force of nature. Throughout the three days she moved through session after session with conversations in between and always held a ready smile and a quick wit. Some credit in that should extend to her husband/roadie Henry. He was always behind the scenes with what she needed to shine. When I complimented them on their contributions to the event, and mentioned Henry, Jana joked, “He says I’m his retirement plan.”

As for next year, Tawdra said, “YES!! We already have tentative dates,  likely in the fall. We have authors eager to sign up. We have readers making plans! And we’ve made a list of what we want to change in our process. 2016 will ROCK!”
Interested? Here is a link to sign up for IBF2016  information.